Must Visit Island In Phuket

Must Visit Island In Phuket 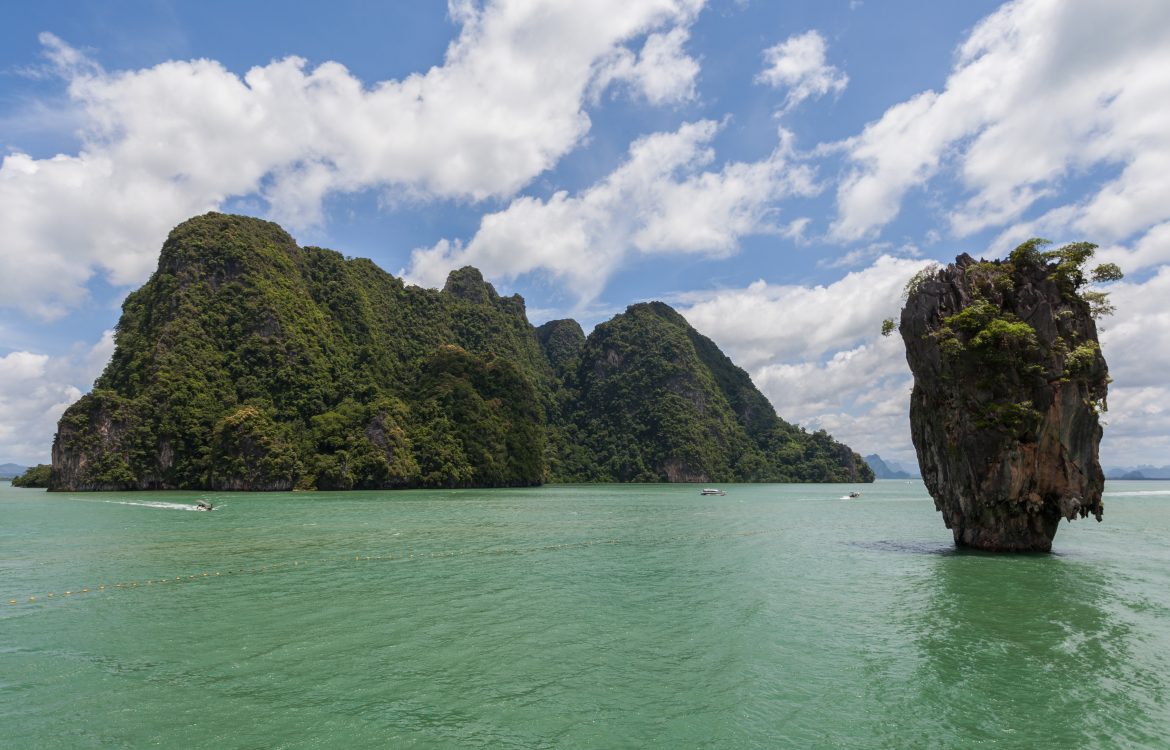 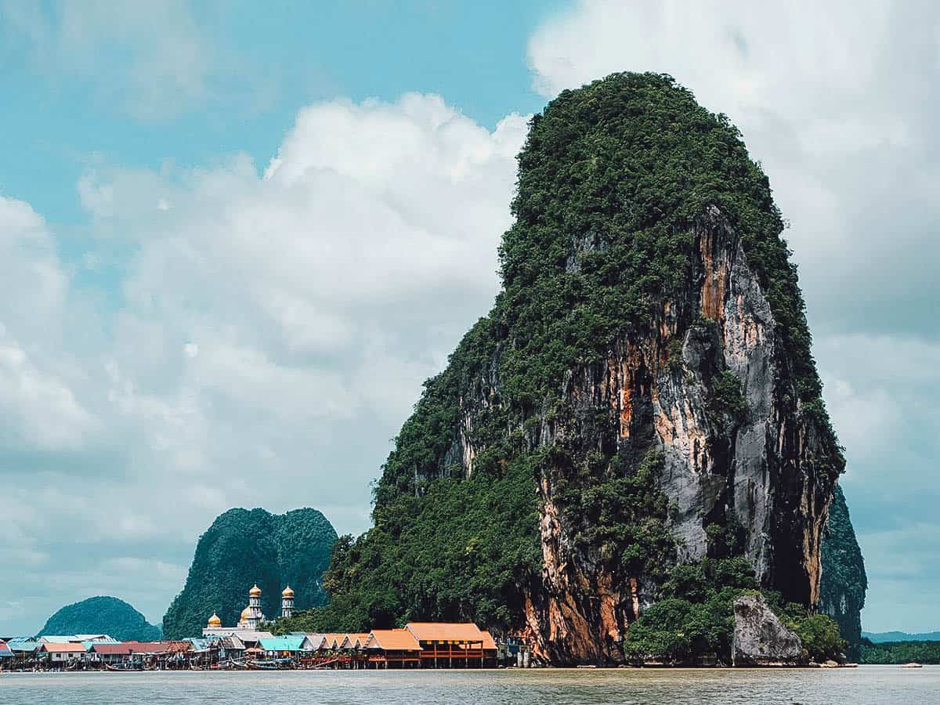 Phang Nga Bay is a 400 sq km bay between Phuket and the southern Thai mainland. It’s known for its sheer limestone karsts that jut vertically out of the emerald green water, none more famous perhaps than Koh Ta Pu or James Bond Island. If you had time for just one island hopping tour in Phuket, then this should probably be it.

You can book a tour and can go to Phang Nga Bay and James Bond Island by cruise, longtail boat, even by helicopter as well. The famous James Bond Island. This 20 meters tall (66 ft) vertical islet has been a favorite tourist destination since its starring role in the 1974 James Bond film “The Man with the Golden Gun.” 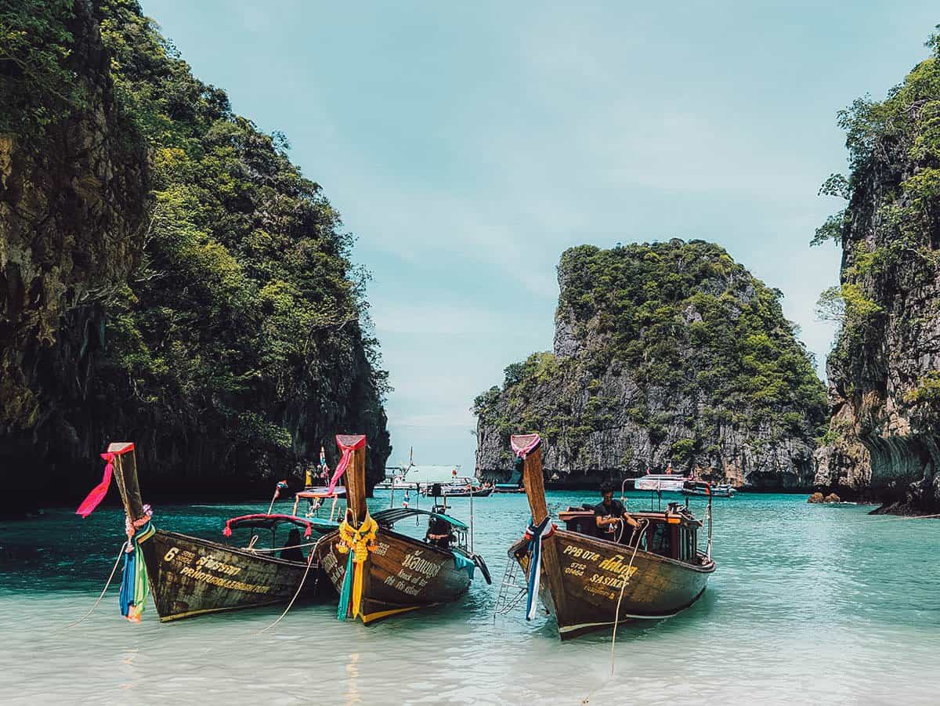 Like James Bond Island, the Koh Phi Phi archipelago was made famous by a movie, this time the 2000 film “The Beach” with Leonardo DiCaprio. It’s a beautiful set of islands by all accounts, but based on what I’ve read, it’s fallen victim to overtourism with hordes of young partygoers flocking to the island for its beach parties. It may still be a pleasant place for a day visit, especially during the slower seasons, but don’t expect the virgin paradise you saw on The Beach. 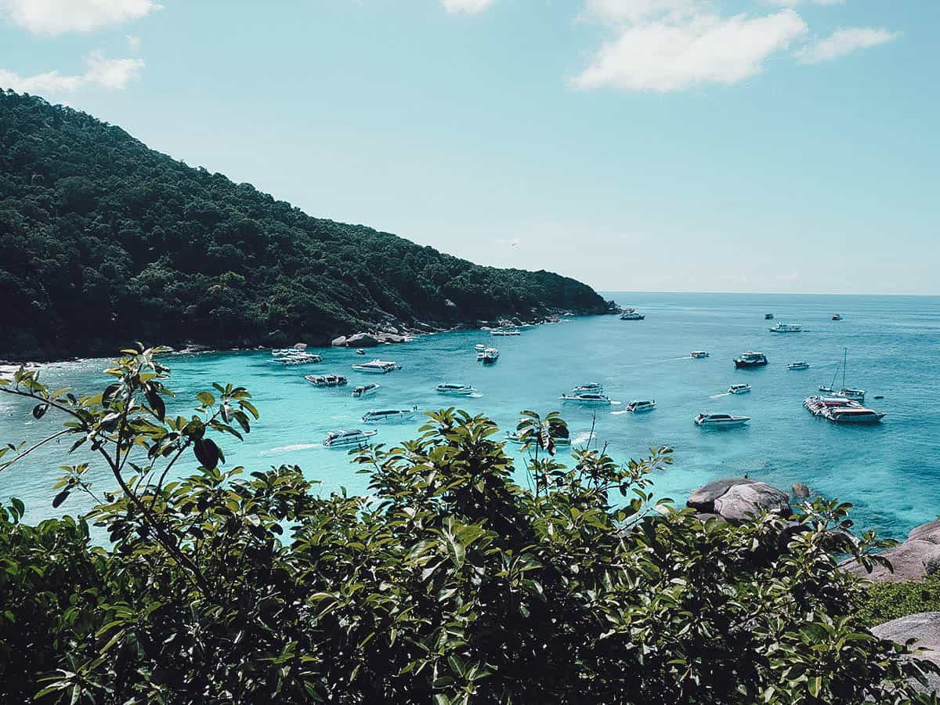 Similan Islands is a set of unspoiled islands located about 84 km northwest of Phuket. It’s known for its pristine white sand beaches and unusual rock formations that can be seen aboveground and underwater. Aside from its unique undersea topography, the chance to see manta rays and whale sharks makes the scuba diving around Similan Islands some of the most sought after in the world.

If you were hoping to experience that virgin paradise in Koh Phi Phi, then you should probably go to Similan Islands instead. Do take note that Similan Islands is only open to the public from around mid-October till mid-May. 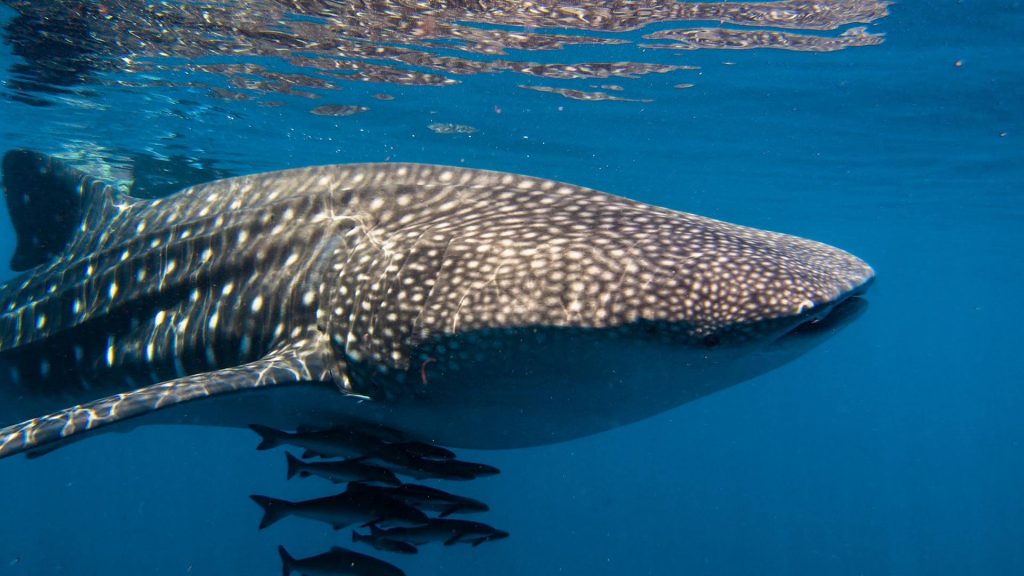 If you love scuba dive, then your best chance to see manta rays and whale sharks is between February and April. With that said, there are plenty of marine wildlife to see at any time of the year like giant barracuda, batfish, scorpionfish, moray eels, and nudibranchs. There are no accommodations on the islands, so your best bet is to go by liveaboard cruise. 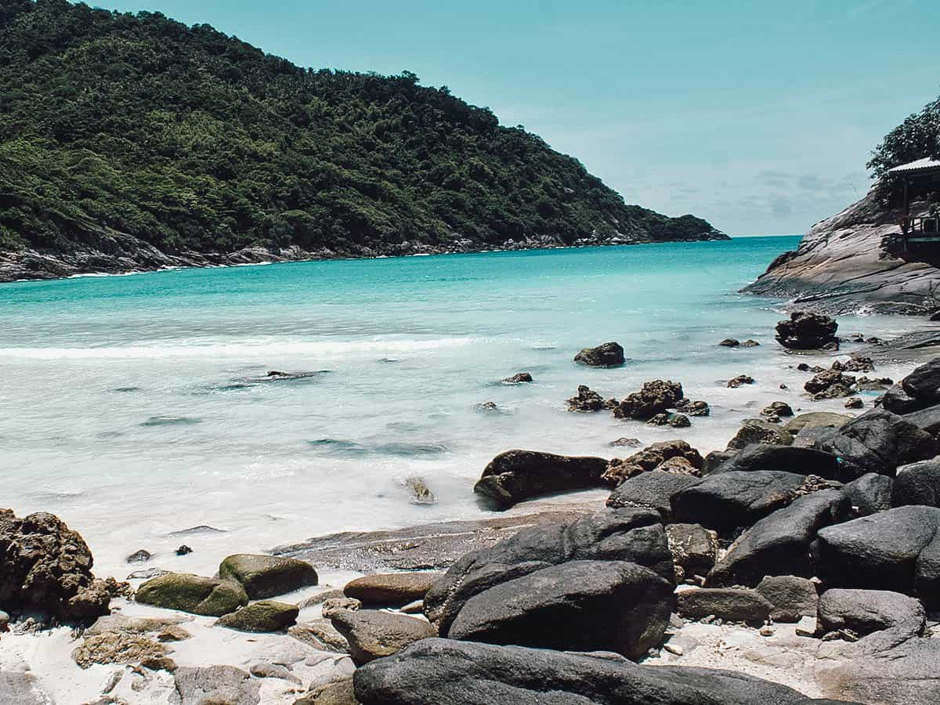 Along with the main island, Phuket is comprised of 32 smaller islands so there are other places you can visit aside from the ones listed above. There’s Koh Racha Yai, Koh He (Coral Island), Koh Yao Yai, and Koh Bon, to name a few, If you’d like to explore any of these other islands.