Famous Temples to visit in Bangkok

Famous Temples to visit in Bangkok 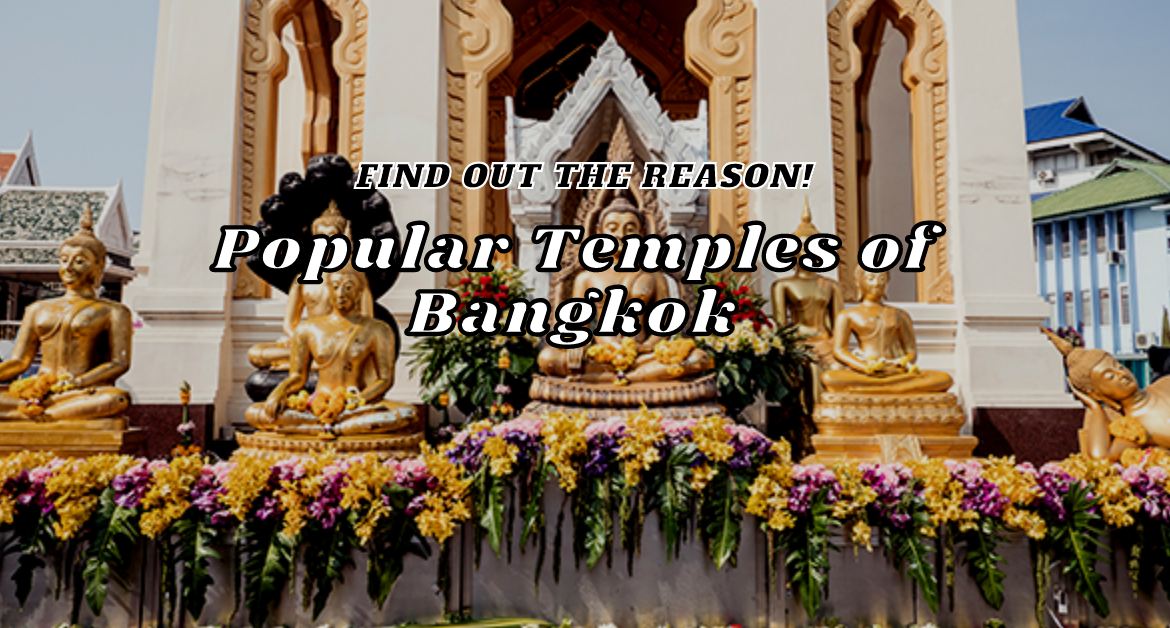 Bangkok city of Thailand has numerous buddha temples, with each temple has its significance apart from the famous monuments and sights. All these thai temples have unique mosaic, ceramic interiors with Pagoda style, which vividly depicts the thai cultural background.
A Thai Wat or temple commonly has a ceremony holding hall with a library and chedi, a learning center. The temples offer sightseeing, sunsets, and beautiful picture point with Instagram-worthy locations.

Located near Chao Phraya River’s west bank was built in the 17th century with its name adopted from Hindu God Aruna, known as the rising sun. Wat Arun, or temple of dawn, is one of Bangkok’s famous temples and has five architectural building s inside the premises. It has mosaic walls and ceramic tiles with colorful designs all over. 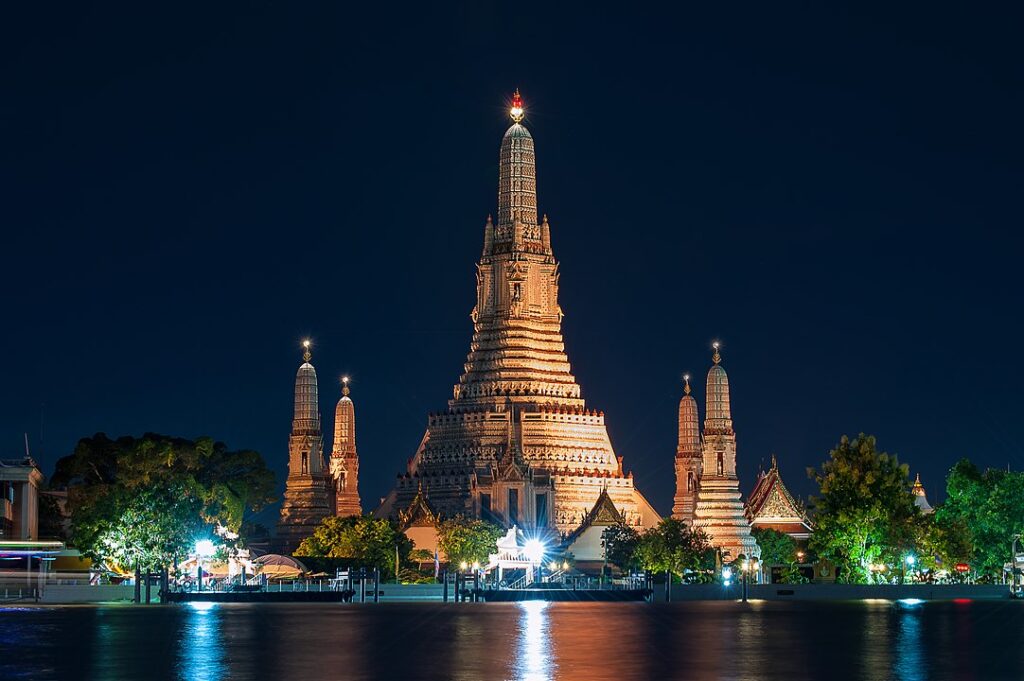 The temple is a must-visit during night or sunset time to enjoy a fantastic view through it.

Located near the Grand Palace in the old town, Wat Pho is a famous temple with the 43m longest reclining buddha statue, i.e., in a sleeping position. It consists of thousands of lord buddha pictures and paintings with four beautiful chedis earlier built for four kings.

The temple is also offering the best massage available in Thailand at Rs.500 per person.

It is another famous temple located in a grand palace, built in the 15th century. Found the temple by graving under the Lanna Kingdom. It has a 65cm long emerald buddha, which uses a single jade stone with cloak changing ceremony every year. It has various countless other buddha statues with a beautiful and peaceful environment. 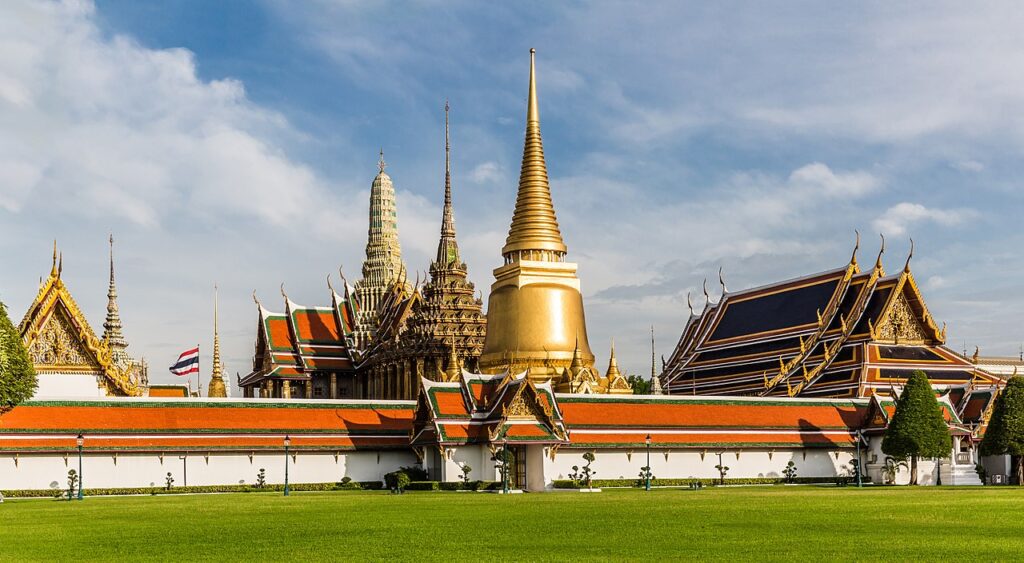 Locals consider that the status outside the temple is guards of the sacred place.

Located near Khwaeng Ban Bat, Wat Saket temple is above 79m high on a mount with a golden stupa built-in 19th century. The temple has 344 steps long stairs, a chapel, and a library to entertain its visitors. A beautifully designed temple with countless statues and small waterfalls around it. 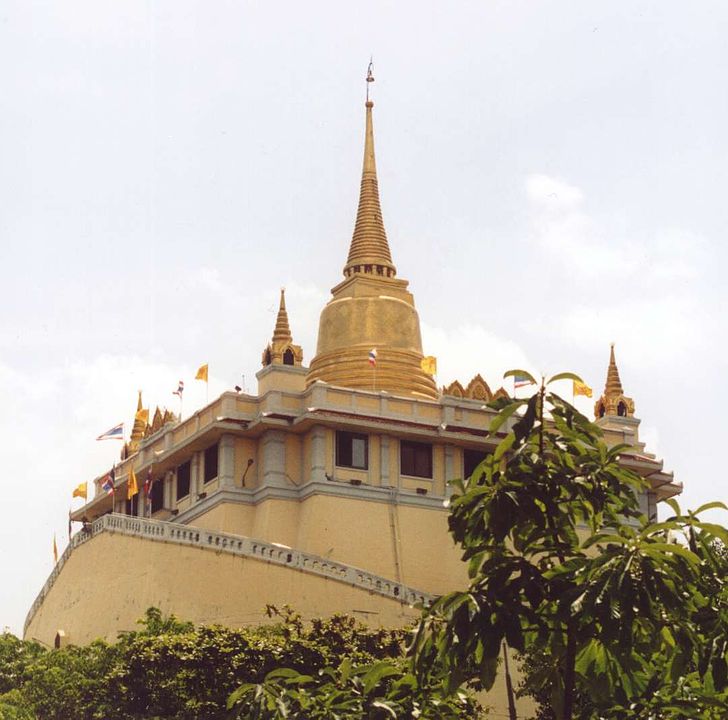 Built near Thanon Wisut Kasat, Wat Intharawihan in 1782 was initially called Wat Rai Phrik. It has a 32 m massive standing buddha statue image decorated with mosaic and gold, worth millions. 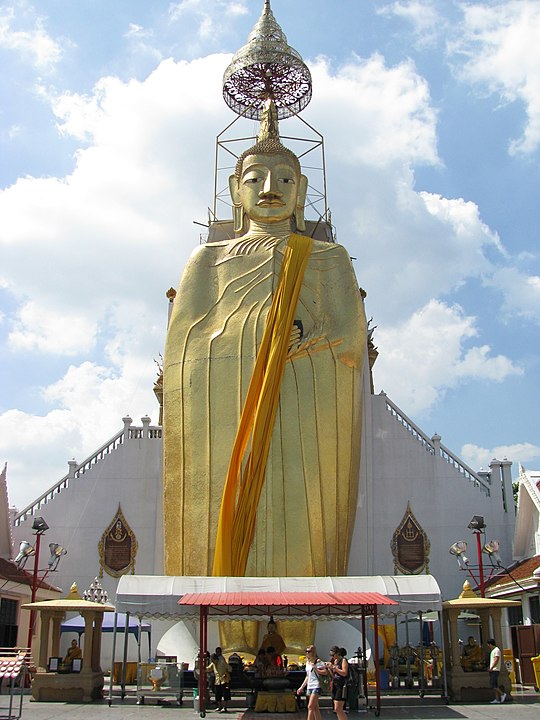 No entry fee is required; however, considered keeping Rs—40 cash in hand.

The Wat Traimit temple is near the Hua Lamphong train station, and built-in 13 the century is one of Bangkok’s oldest temples. It is a small temple with a sitting buddha statue weigh approx 5500 kg has a similar background story as an emerald temple with gold hidden underneath. 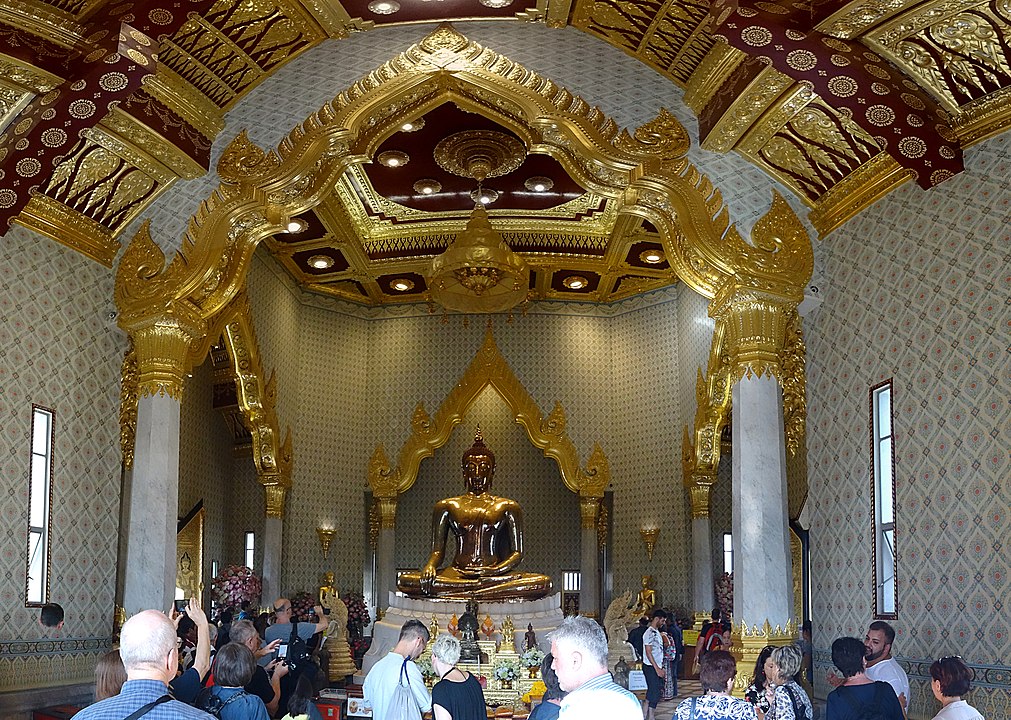 This buddha temple also has a museum exhibiting the Ayutthaya period and videos and pictures depicting ancient stories’ buddha lifestyle.

It is near Rama V Road, and it is a marble temple with a quiet atmosphere with stunning red and golden interiors on the walls and the ceilings. Each piece in the temple has a beautiful story behind it, such as the bodhi tree, a gift from both Gaya and the king.

A T shape marble courtyard and different poses of statues placed in the temple make it worth visiting!