Top 10 Places To Visit In Agra

Top 10 Places To Visit In Agra 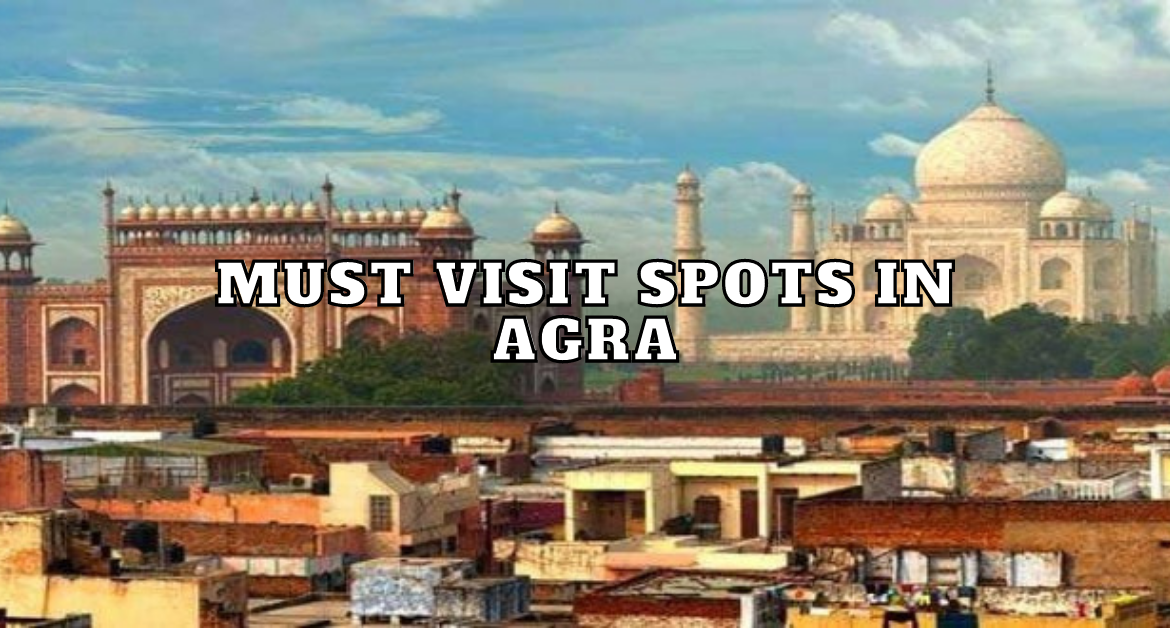 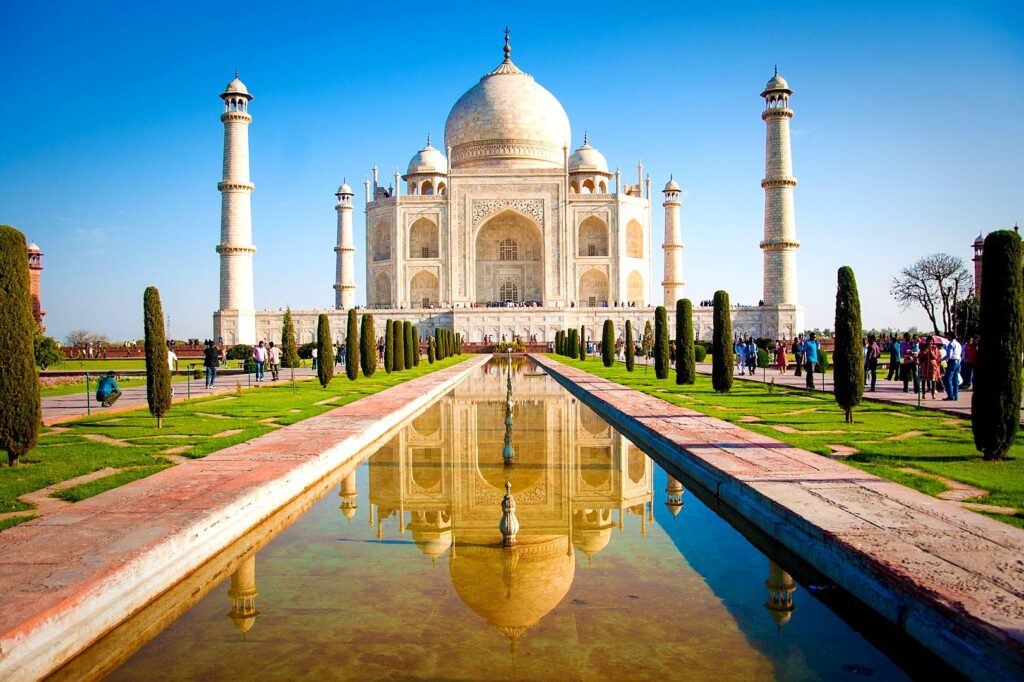 One of the seven wonders of the world, the Taj Mahal, is a famous white marble structure. It is famous among tourists from all over the world. Located on the Yamuna river bank near Fatehabad Road. Taj Mahal has a worldwide famous story built by Shah Jahan for his beloved Mumtaz in 1632. The ivory-white marble structure has a beautiful architectural design. It is also termed as a world heritage site by UNESCO in 1983. Enjoying Sightseeing and sunsets from the Taj Mahal is a lovely experience. 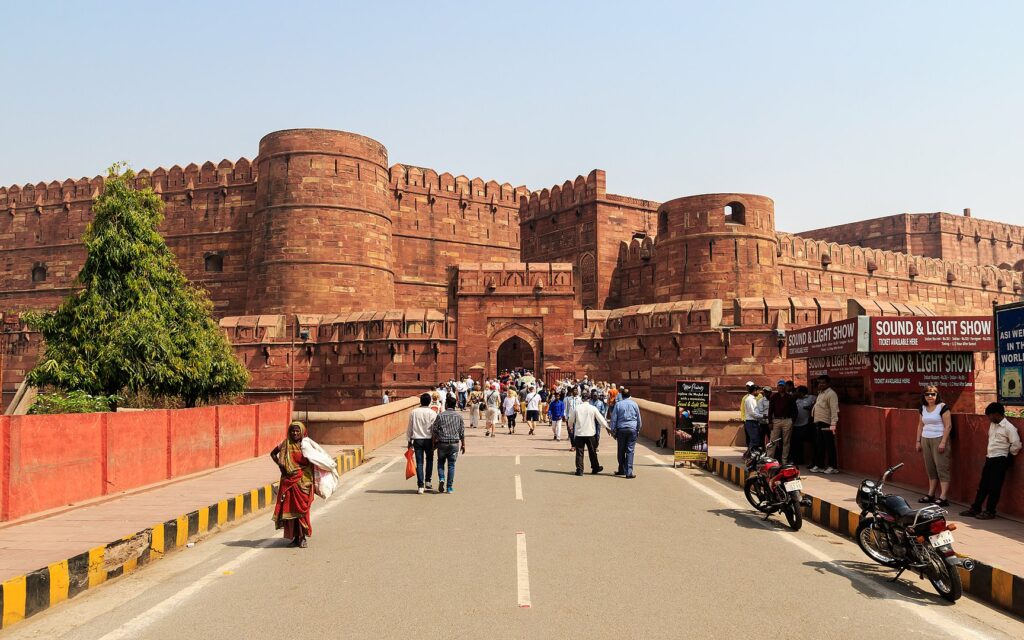 The red marble structure, Agra fort, was the capital palace of Mughal rulers till 1638. After which the primary residence shifted to Delhi. It is a few minutes walk away from the Taj Mahal. Agra fort also came under UNESCO world heritage site in 1983, just as Taj Mahal. It is an enormous structure with beautifully carved monuments. Such as diwan-i Khas, anguri bagh, Macchi Bhawan,diwan-i-aam, etc. inside, grabbing the attention of the tourist. The fort is like a wall around the city of Taj, Agra. 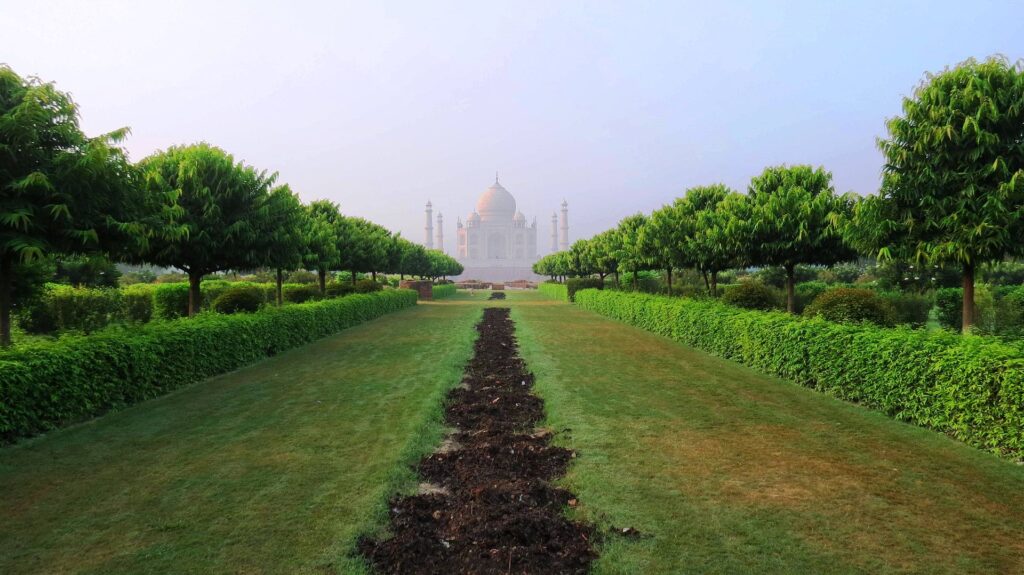 Mehtab Bagh was originally a garden for Mughal emperors and queens. Also, serves as a relaxing place for tourist. It is now a tourist place located on the north side of the Taj Mahal. This large garden is at the opposite of Agra fort. Gives a perfect sunset view from the Yamuna River. It is the best place for an evening walk after a tiring day. 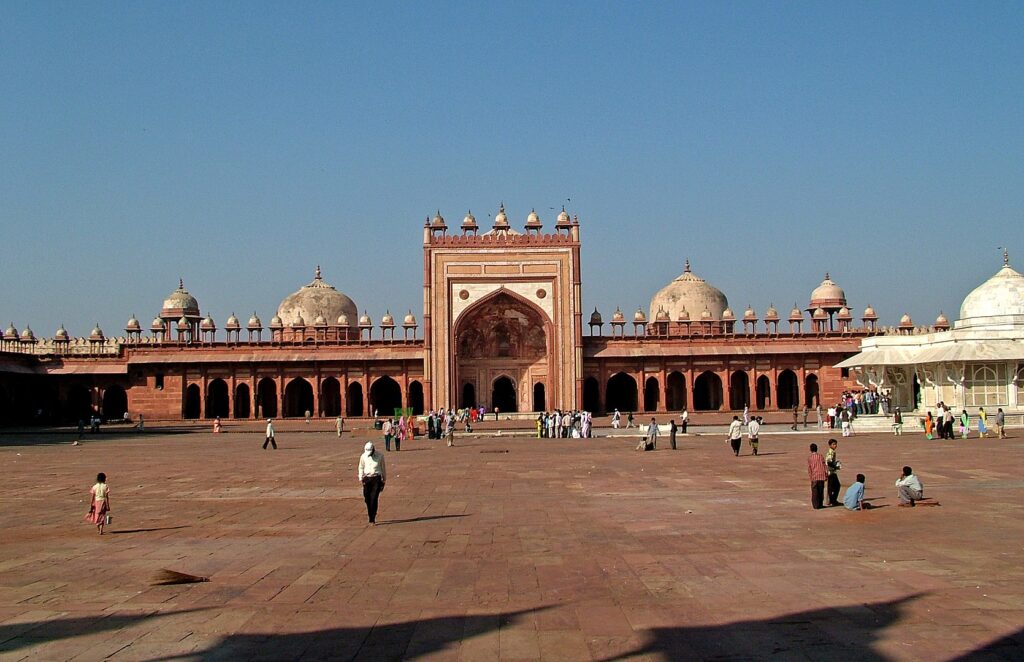 Another red sandstone building, Fatehpur Sikri, is located in Sikandra, about 40 km away from the city. Famous Mughal emperor Akbar built it in 1571 as his primary capital. Therefore, had monuments such as Jodha bais palace, Jama masjid mosque, Buland Darwaza, Tomb of Salim Chisti, etc., inside. This beautiful place was also termed as a UNESCO world heritage site after the Taj Mahal and Red fort. 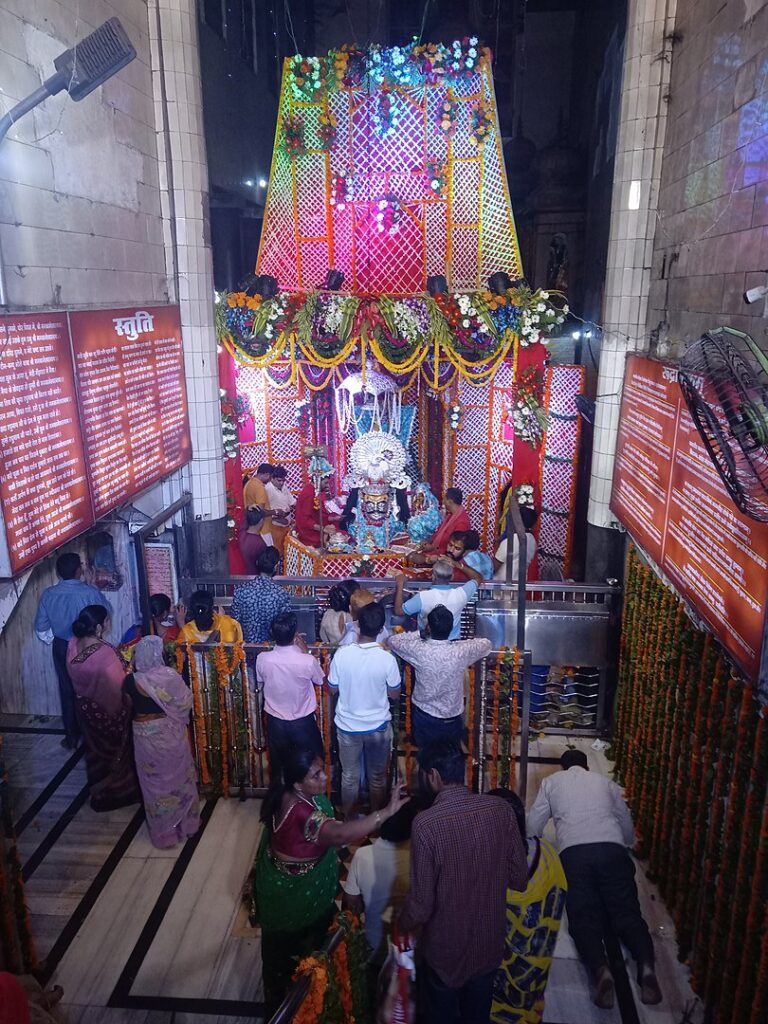 One of the oldest temples located near rawatpda in Agra is the spiritual Hindu temple of lord shiva. The temple has various small shops nearby; devotees from all around the city seek the blessing of lord shiva. It is a surreal experience to visit it, especially on Monday. It is beautifully decorated for Maha Shivratri festivals and is the most crowded place to stay in Agra. 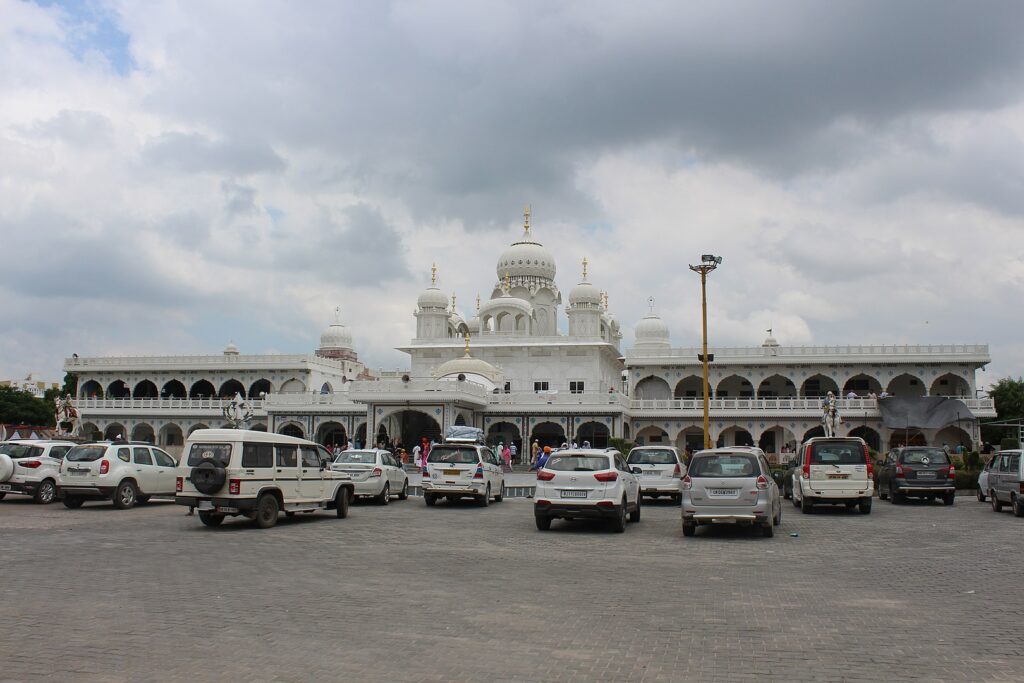 The Gurudwara is a Sikh pilgrim place built-in Shri Guru Tej Bahadur Ji’s memory. Located near Sikandra at guru ka taal. It is a quiet and straightforward temple with exceptionally good architecture and a small Kund near it. Visiting the gurudwara at the Sikh festival is the best to experience. It is advisable to carry a handkerchief or dupatta to cover the head before going inside the premises. 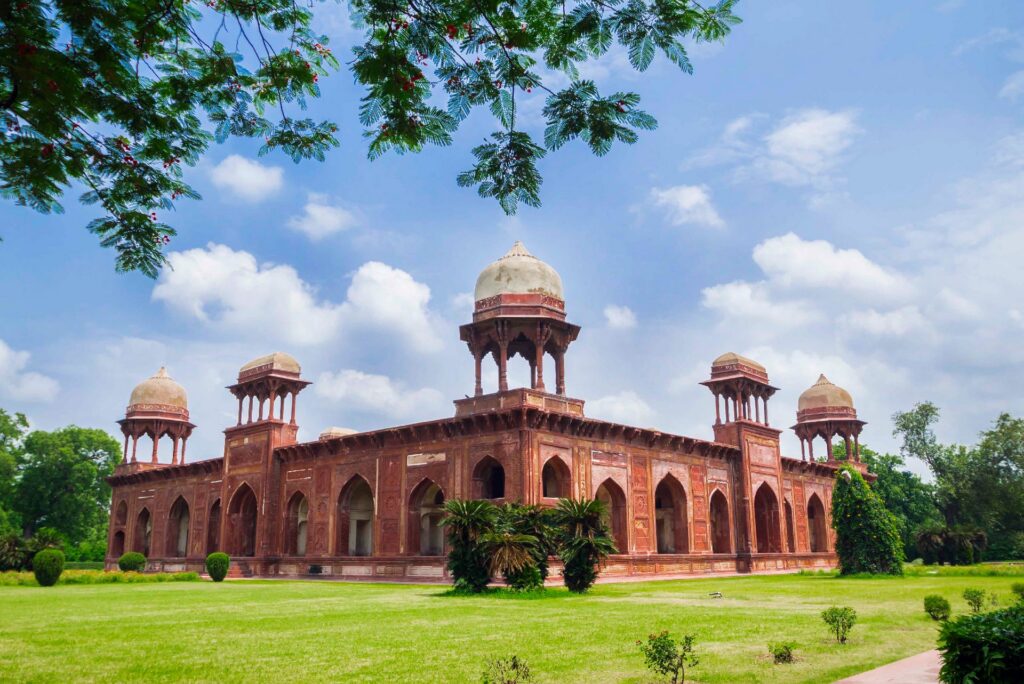 Taj Nature Walk is a garden with a paved walking path. It is spread around 70 hectares of land is located at Tajganj near Taj Mahal. It is a widely spread park with terrific rides for children and a perfect spot for a picnic. 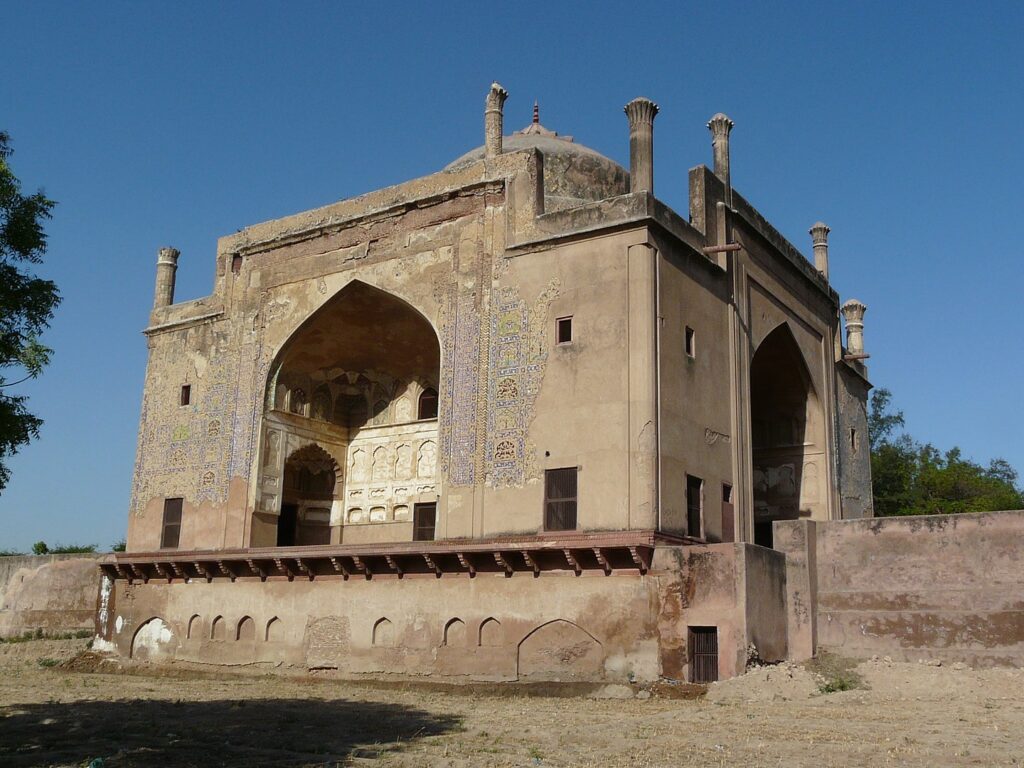 Chini ka rauza is a monument known for its Kashi or chini tile work. Located just 1 km away at the north of Itmad-ud-Daulah tomb in Sikandra. The tomb was built in 1635 in memory of Shah Jahan.

The inside building of the tomb has manuscripts and paintings engraved of the ancient Mughal rulers and emperors. The tomb is also very close to Akbar’s tomb. 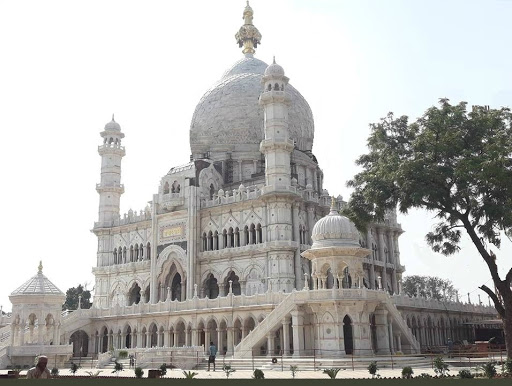 Radasoami Bagh, a temple built for Huzur Swamiji Maharaj, is located in Dayalbagh. The Radhasoami Samadhi has a large dome structure, which took over 100 years to complete. It is an iconic and place of worship for people who have faith in Radha Soami. It also looks like the Taj Mahal as it also has pillars around it. 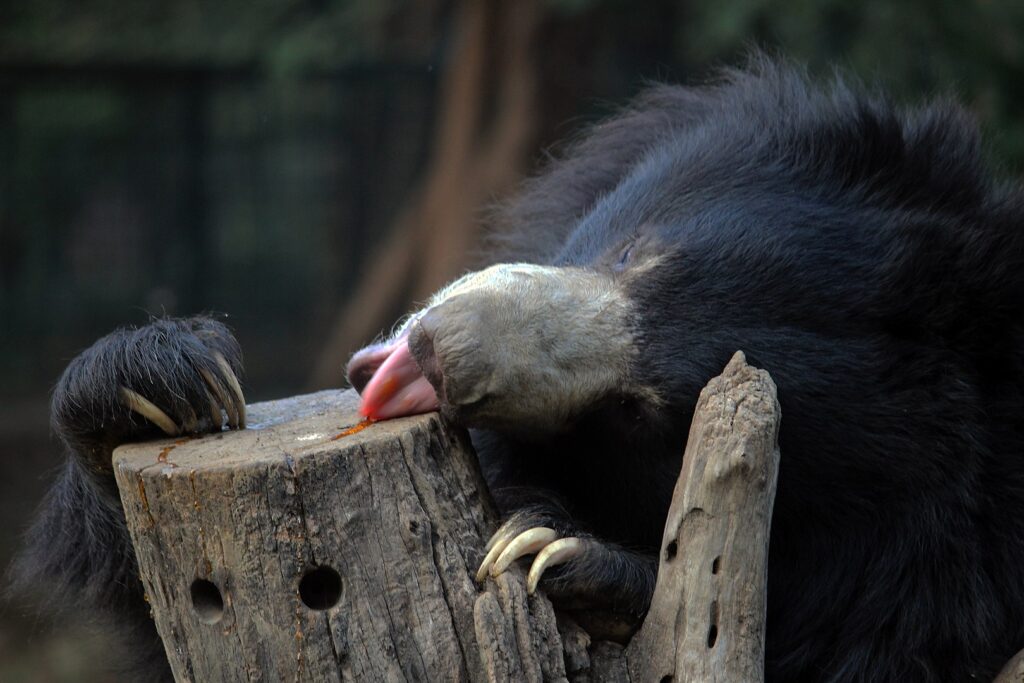 The bird sanctuary is located in Bharatpur at NH2 road. It is built by an organization known as Education Conservation Walkaway that works to preserve wildlife. They have managed to rescue bears and various other wild animals for over 100 years from now. It also has a Keetham lake nearby to visit.