All About the White Temple, Chiang rai

All About the White Temple, Chiang rai 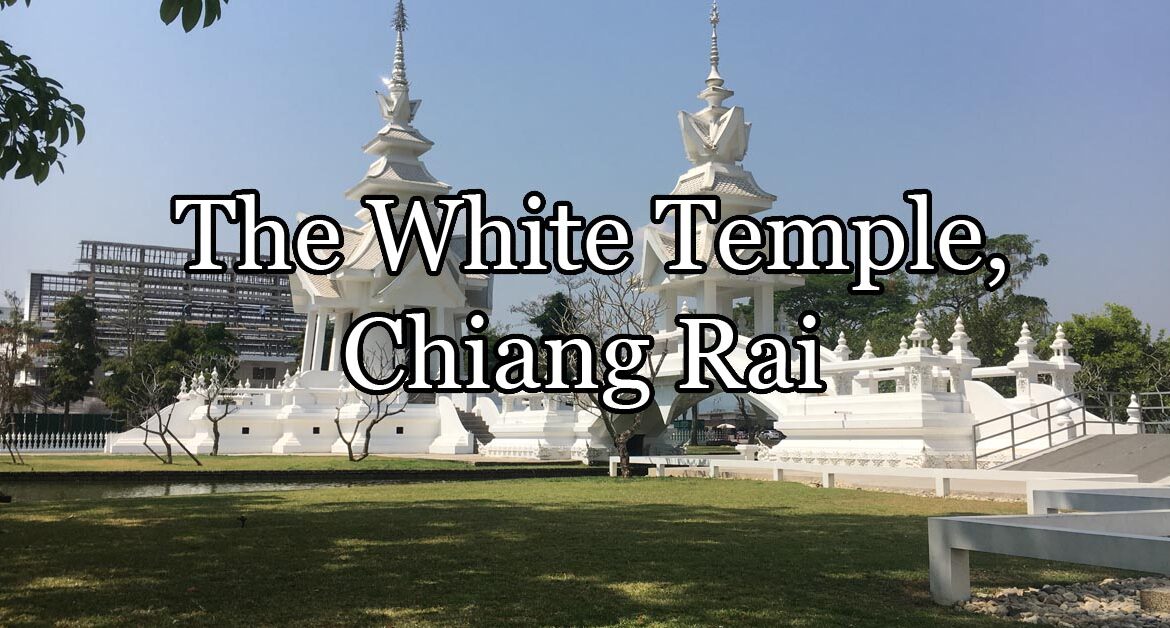 The White Temple in Chiang Rai, locally known as Wat Rong Khun rebuild in Late 20th Century. Located 15 kilometers away from South West of Chiang Rai town, Thailand is a famous temple. It is one of the most attractive religious sites in Chaing Rai. This unique white color and beautiful Buddhist temple has three tires roof, Shines brightly in the sun, and presents symbolic and spiritual messages. 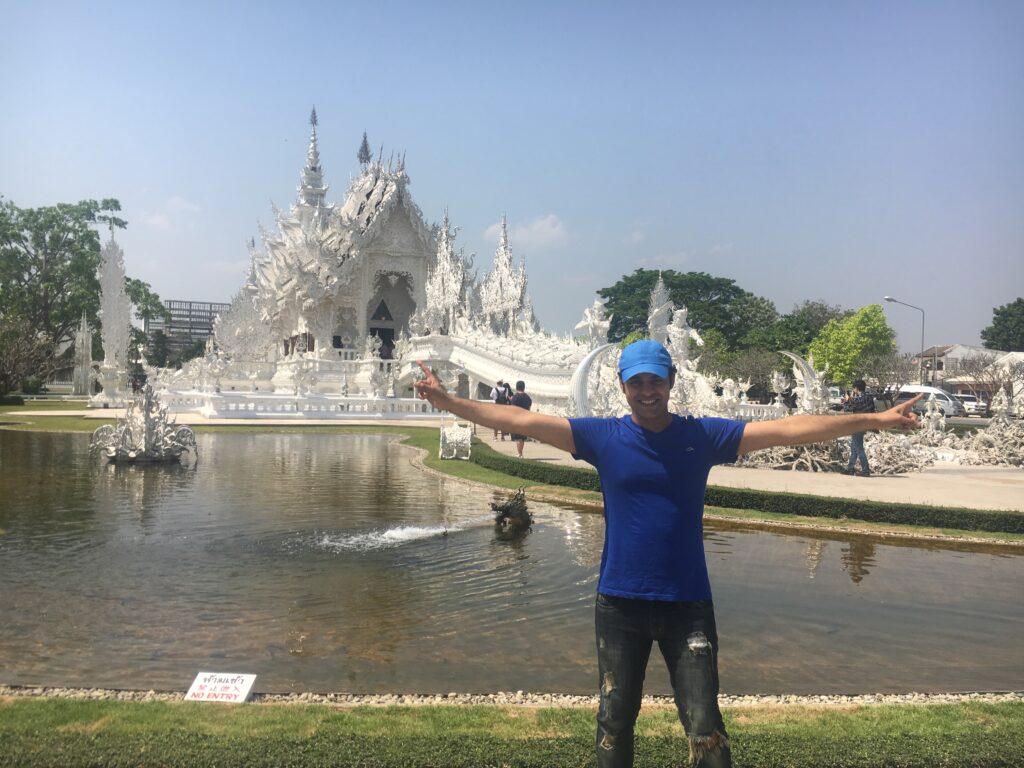 Opening Hours: It is open for tourists from 8 am to 6 pm, with one-hour mid-daybreak.

Free for Thai Nationals. Accepts donations of less than 10,000 BAHT.

History Of The White Temple:

Originally Wat Rong Khun was in an inferior condition. In 2014, the temple suffered significant losses due to an Earthquake. However, at the end of the 20th century Chalermchai Kositpipat, a famous artist, decided to fund and rebuilt the modern artistic temple. 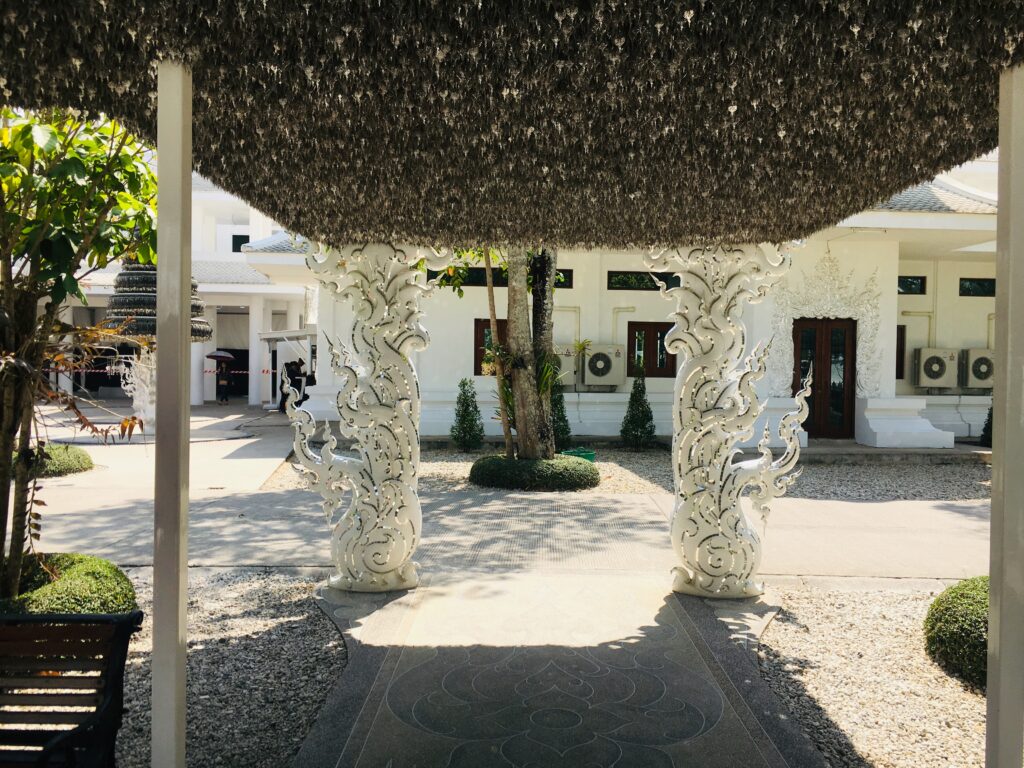 He added new meaning to the temple through the pure white color, depicting the sacred temple’s pureness. There are four main sites. It is a meditation hall, ubosot- a hall of relics, an art gallery with a combination of modern and traditional art, and accommodations for Monks and Nuns. He Built the interiors to reflect upon the Buddhist teaching about Karma and the afterlife. 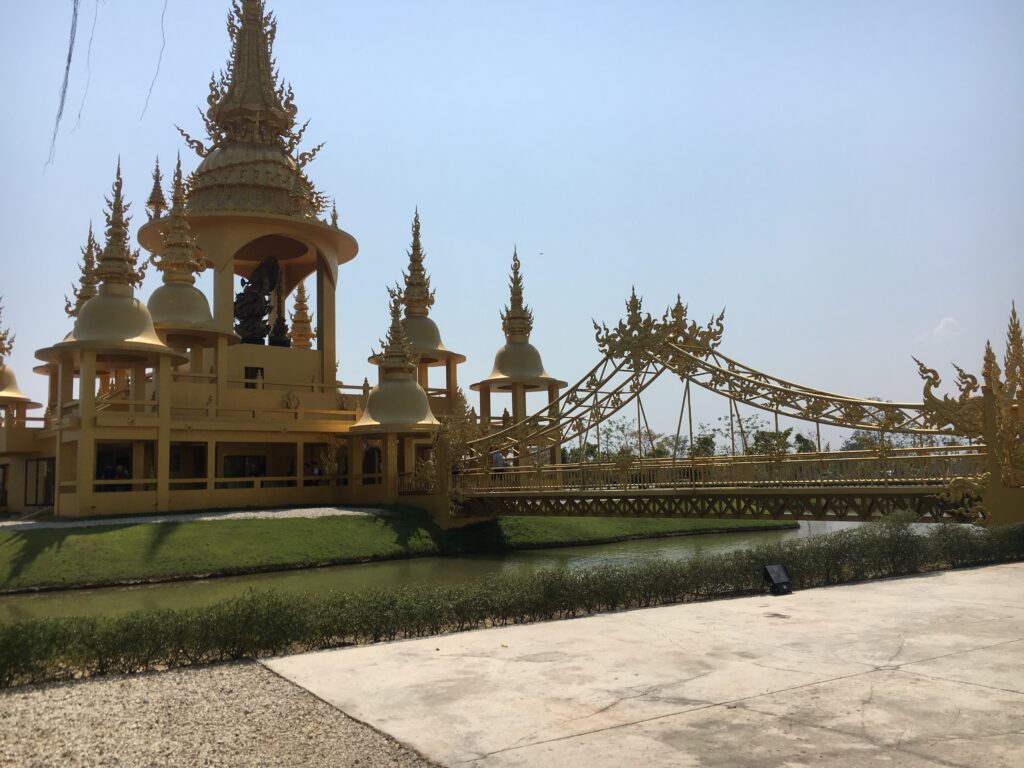 Architecture and its Symbolism:

The various sites at the temple reflect symbolism and religious teaching through it. Such as

A narrow bridge( Cycle of Rebirth) on a small river- symbolizes happiness by overcoming greed, desire, and worldly temptations. A hundred hands near it- represents desire, human sufferings, and hell. 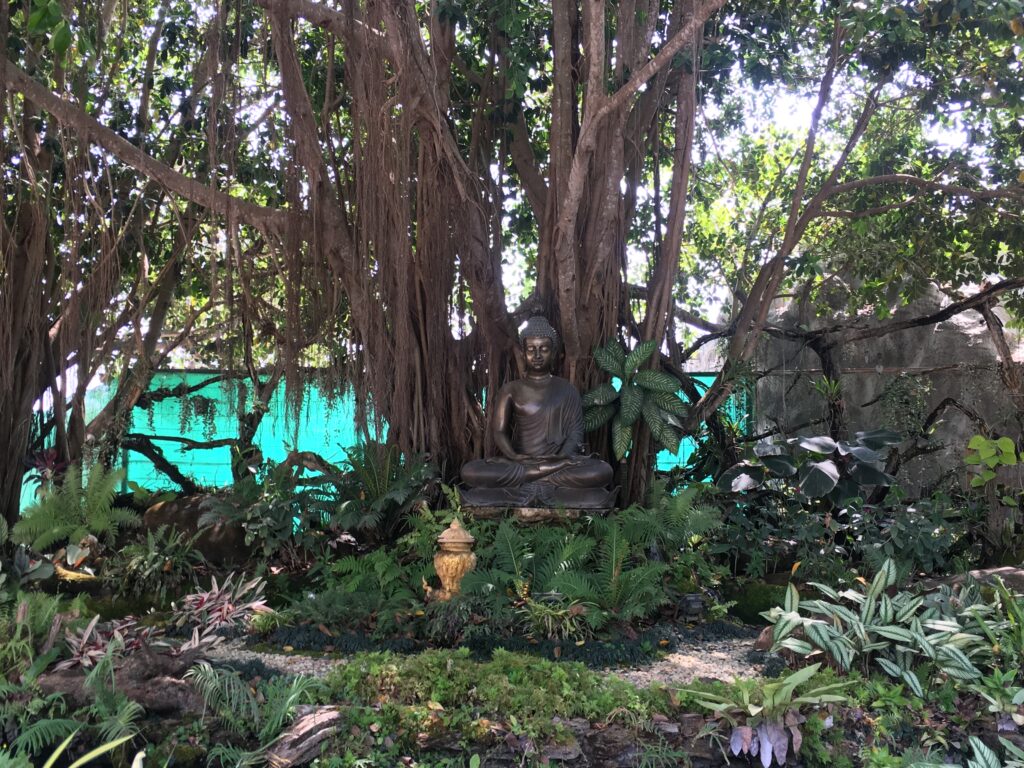 The temple has museums, shops for souvenir items, Trees with named medallions hanging down, and wishing well.

Travel to The White Temple: 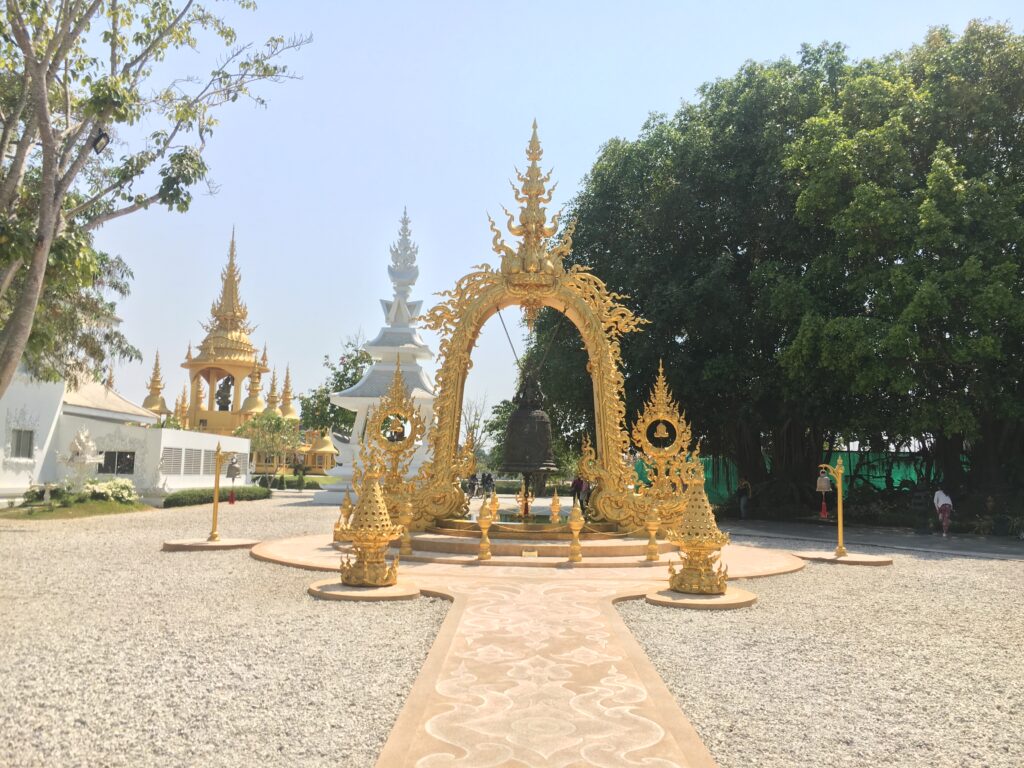 Dress Code: No official clothing requires. However, visit the temple in proper clothes below knee length. It would be best if you Took off shoes at the entrance. Clicking Pictures inside the premises is not allowed.